At the Facebook Connect many initiatives that look to the future of Augmented and Virtual Reality. 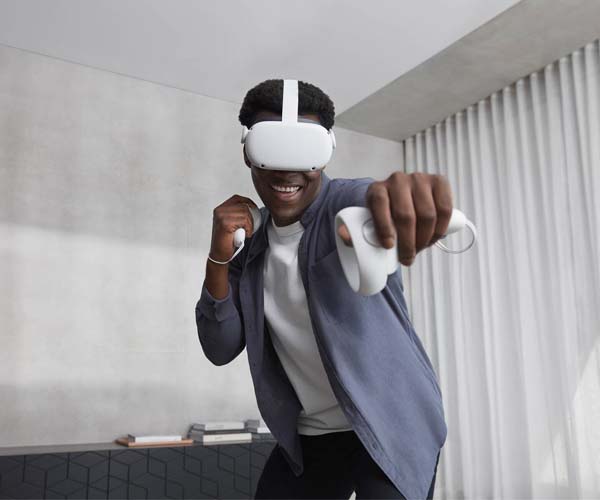 Through a keynote of about 2 hours, Facebook announced many new features for Oculus VR headset owners and unveiled the themes and technologies being developed at its Facebook Reality Labs, including important initiatives for the AR sector such as the partnership with EssilorLuxottica for the first Ray-Ban branded “smart glasses” and Project Aria, a research device that will help create the hardware and software needed for the AR devices of the future.

Facebook sees these technologies, particularly augmented reality, as a tool that “can improve the way people learn, work, play and explore. From providing intuitive navigation support and allowing people to share space with a realistic avatar of a sister or parent living in another country, to improving worker training ”. Until now we have been limited by cables, smartphones or bulky devices, but the trend for the near future is to put the individual back at the center, offering him an experience as integrated as possible with the external environment by reducing the time spent with the head bent over a device. However, there are great responsibilities that the evolution of Augmented and Virtual Reality brings with it, especially related to privacy and it is for this reason that Facebook is also working to establish principles for responsible innovation.

Among the innovations there is also Spark AR, the tool that allows you to create and publish filters in Augmented Reality on Facebook and Instagram. There are over 400,000 creators in the community, from over 190 countries. Dilium is one of the Spark AR developers engaged in the creation of filters for agencies, brands and individuals. A few months ago we also launched a taste of Bellfish Augmented Reality on social media.

The announcement of the new Oculus Quest 2 at a competitive price of 349 euros in Italy could give a further boost to the spread of VR. But tomorrow is not only dominated by entertainment, Facebook is in fact promoting the Quest headset as a business tool. Along with virtual work apps such as Spatial, the arrival of Infinite Office is expected, a tool that aims to virtually extend the limits of a desk. Ideally it is like being able to project multiple customizable screens without losing touch with the real world thanks to a system called Passtrough that reproduces the room in grayscale.

Are you fascinated by the world of Augmented Reality and do you think it could be the right solution for you? Contact us or discover the projects we have worked on.